Good nature without prudence, is foolishness…

Prudence – [prood-ns] – caution with regard to practical matters; discretion

Today’s topic is prudence, and the recent revelation that not a lot of people practice it. We are quick to judgment about someone based on their clothes, or hairstyle, or weight. I’m not talking about color of skin or heritage, that is a completely different area called racism.

How many times have you been somewhere and noticed someone who didn’t smell “fresh”? Did you jump to the assumption that the person is a bum, or has no class, can’t be bothered to even take a shower before going out? I’m sure you thought it to yourself, but prudence keeps you from saying something aloud. Because that would be wrong. We don’t know why the person smells that way. Maybe their plumbing is broken, maybe a disease, but we know not to say anything. We are taught that it is rude. And it is.

Aren’t we all just a little concerned about our weight, our body image? I know I am. I swear I think I’ll be on Weight Watchers forever. It would work, too, if I would follow all the instructions, instead of just the ones that suit me. Anyway, my point is, prudence (and plain good manners) keeps us from pointing out those flaws in others.

Most of the time.

There seems to be a bit of a double standard in one area. Thin people.

The Girl shared a story with me and has given me permission to share it with you. As you know, she recently gave birth to my grandgirl, Baby K, aka the Princess. The Girl has always been fortunate to have a high metabolism and is thin. She is not skinny and has NEVER liked being called such. When she was a child she was very thin, but muscular and athletic. She eats well and naturally maintains her figure. She is not vain, in fact, she’s a bit of the opposite. She doesn’t really pay attention, other than to eat properly. She’s not a gym rat and does not obsess about her figure. She doesn’t have to. 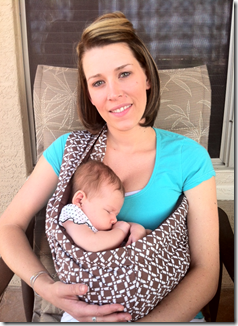 On to the story: She has gone back to work after giving birth 9 weeks ago. The ladies where she works are all quite astonished by her figure, which is exactly the same as it was before she got pregnant. They seem to take great pains to point that out to anyone who will listen, making remarks about how they can’t believe she just had a baby, how skinny she is, and generally making her the topic of scrutiny among employees and clients alike. Every. Day. There are comments like "You need to eat a sandwich”, “You’re too skinny” and, “Don’t you ever eat?!”  Let me say, they’re not being mean or nasty, just pointed and loud and persistent.

As I said, she doesn’t like to be called skinny, because she isn’t. She is uncomfortable with the discussion and the attention they are throwing at her. I reminded her that this is the big, green head of envy popping up, because there are some of us who are still trying to lose baby weight, even 22 years later. She did not laugh. She said she would never, ever, look at that woman who asked her if she ever eats and ask her right back, “Don’t you ever stop eating?”

That’s when it hit me.

Why is it okay to talk to a thin person that way, when we know it’s wrong to talk to a heavy person like that? Why do thin people have to defend themselves for being thin? Or rich people for being rich? Or how a woman achieved a prestigious position at work?

Why do we point fingers about the way their money is spent or even how they came to acquire it? Could be hard work, maybe? And if someone has money, why isn’t it okay to buy nicer things? I would.  And can’t a woman work hard, learn and work her way to the top? These are just a few examples. If you really thought about it, you would realize how many more there are. But we justify because they’re rich/pretty/thin/successful. And we aren’t.

This is where the word of the day comes in: Prudence

I challenge each of you to use prudence when you feel the need to make a snap judgment about someone or something. Maybe think about it a little bit. Look at it from a different angle. Realize before you speak how your words may be interpreted. And don’t let envy speak for you.

And for the record, that Girl CAN EAT!! She loves food. Like her momma.