I know it’s been over a week since you’ve last seen me around the blogosphere. Wouldn’t it be great if cars were smart enough to take your blog dictation and just post it to the world wide web? Although, with my husband driving, it may lead to some seriously inappropriate blogs. If I did have a car like that, it might have been able to show you this, my trip across the country, as it was happening, instead of me finally getting off my duff to do it over a week later.

First I had to get through most of the state of Virginia before coming to Tennessee. After driving allll the way across that state as well, I crossed over into Arkansas where I spent the night. The next morning I continued my trip west into Oklahoma. 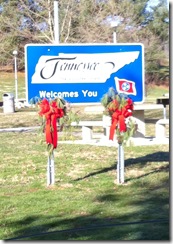 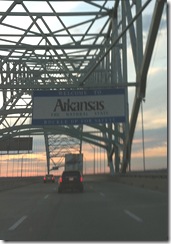 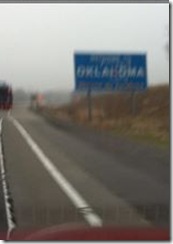 When I stopped for the night in Little Rock, CGMan called to tell me I would have to make a detour around a really bad storm that was in the panhandle of Texas and New Mexico. Like, a snow storm. At first I was all Oh no, snow! and then I was like “Oh no she di’int!” Clearly Mother Nature was trying to keep me to keep me from my grandboy. Why else would there be record breaking snowfall in Albuquerque? Bitch. Oops, did I say that out loud? 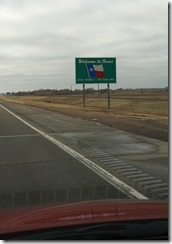 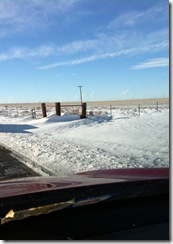 I didn’t let a little snow stop me. However, it did stop two other cars who ended up in the center divide, causing the rest of us to have to traverse a treacherous 4 miles on an ice-covered access road, before getting to the next freeway onramp. The snow may not have stopped me, but it sure slowed me down to a crawl for a while. At least I was able to get a picture of the deceptively fluffy looking stuff without having to actually get out and touch it. 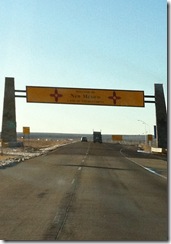 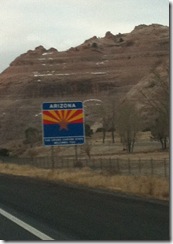 I stopped on the west side of Albuquerque in a tiny, tiny town. Apparently tiny towns don’t get the snow plows first, or in their case, at all. 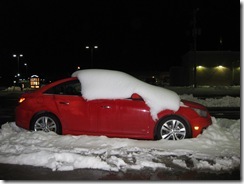 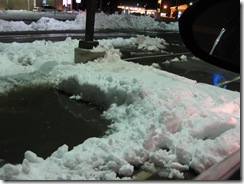 This is just EEW!

It only took about 6 more hours of driving to get out of that mess and into a dream. 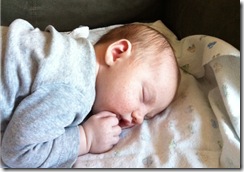 Email ThisBlogThis!Share to TwitterShare to FacebookShare to Pinterest
Labels: it could only happen to me, Lil Prince, Nana Chronicles, road trip
Newer Post Older Post Home