Oh what a weekend! I had what CGMan calls a hen party! My two girlfriends (who had words, none of which can be said in polite company, to say about the pictures I posted of them last week) flew in from Austin to visit me. They didn’t actually fly, because they are are not birds, they are hens but they did fly on an airplane.

One of the hens girls, Sharon, had never been to DC, so she was the tourist. Technically. You see, what happened was, as I was driving the girls around my new hometown of Washington DC, it became painfully obvious that I know little about DC. Very. Little. I can’t tell you how many times I answered their questions with “I don’t know” or “Gee, I wish I knew”. But then, they did ask some pretty dumb weird questions, like, “What time do all the DC workers typically go to lunch?” or “Where does Bo go poop and do the girls have to walk him?” It actually worked out well, because I learned so much and am now ready for the next set of visitors. (We found the answer to the first question to be around noon. The second, I still don’t know)

I showed the girls how savvy I am by taking them on the bus and the metro. I may have looked like I knew what I was doing, but Scottish Woman saw right through that and helped make sure we got on the right line. 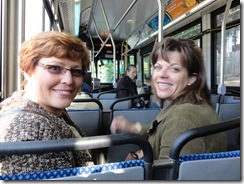 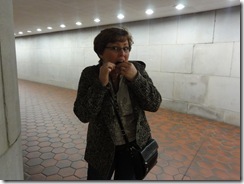 Yes, that is me flossing my teeth at the metro stop. The girls thought this hilarious, but I reminded them that it’s never a bad time to have good oral hygiene. That and I had a piece of meat stuck between my teeth. Nice.

We did the standard tourist stop at the Smithsonian Museum of American History, during which the newest American put us to shame with all her knowledge. 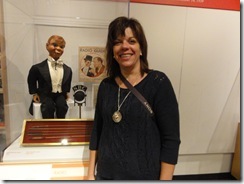 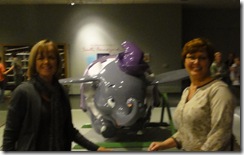 We saw Julia Childs’ kitchen, which was really amazing. They had a video running with scenes from some of her shows and from various interviews. She was a remarkable woman. We also saw the First Ladies’ dresses. This has always been one of my favorite exhibits.

The last time I was at any of these museums was about 12 years ago. This one has since been remodeled and I really like the layout. It was very easy to maneuver about and see everything.

We skipped the $3.50 soda and $9.00 BBQ sandwich at the museum cafeteria for a hotdog and fries out on the mall. It was a beautiful fall day, perfect for the almost two mile walk down to the Lincoln Memorial. 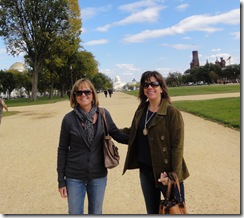 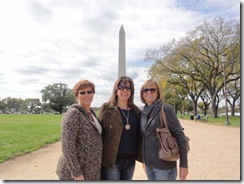 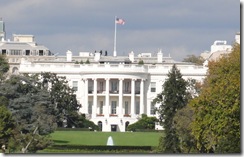 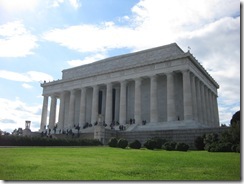 We stopped at every statue and memorial in between, so Sharon could get a picture (and ask who is the man on the horse). We saved my favorite for last. The Vietnam Wall.

There is something so beautiful and moving about this wall. Sharon’s dad served in Vietnam and is thankfully not on the wall, but for the grace of God. My dad missed having to go to Vietnam by a very slim margin, also by the grace of God.

Having a son serving in the military during a time of war, brings it painfully to the forefront of my heart, that every name on this wall was someone’s child. I cry every time I walk past. 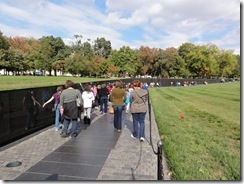 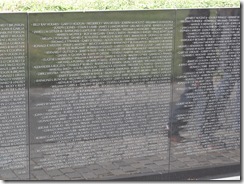 Another question from my little tour group; Are there any women’s names on the wall?
I did not know, but it was a very good question, so I asked. The answer, of the over 58,000 names on the wall, eight are names of women. They were all military nurses. Of course, there were plenty of other women nurses killed in Vietnam, but they were civilians. If you are interested in learning more about the Vietnam Wall, go here, it’s fascinating.

After all that walking, we decided it was time for a rest and a cup of coffee, before making our way across the front of the White House. This being where the girls (and I) wanted to know where Bo goes outside to potty, and who is the official pooper scooper to the First Dog. 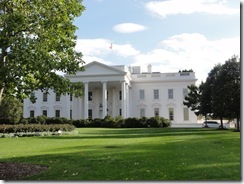 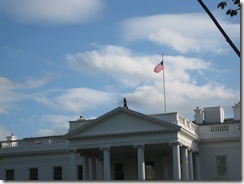 Oh, and they were fascinated by the sniper guy on the roof.

Who wants to see three girls try to take self portraits all at the same time? 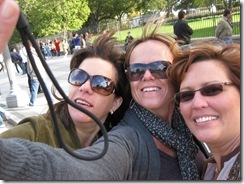 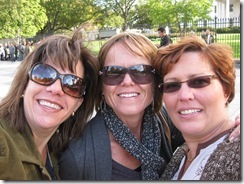 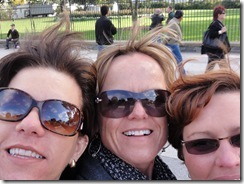 After the park police were done laughing at us, we headed over to do something I have never done before. I hailed a cab. All by myself! Of course, he scared the beejeezus out of Sharon because we was very obviously of Middle Eastern descent and you know, a cabbie. He was great, though. Got us right where we needed to be without scaring us with his mad driving skillz, like the New York cabbies.

Where did he takes us? 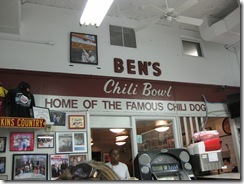 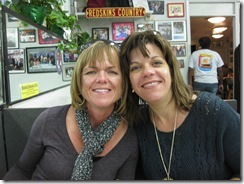 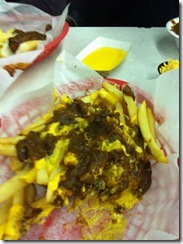 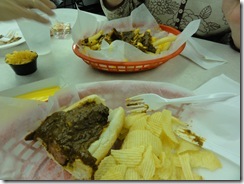 Bill Cosby eats here, as has President Obama. It is on U Street in DC. This area was known as “Black Broadway”, because of the theaters and jazz clubs. This place has witnessed so much change in the 53 years it has been open. I suggest reading this page to learn more. It really is a piece of history, and I enjoyed it very much.

It was a long day, but full of laughter and non-stop chatting. I loved it.

Stayed tuned, because tomorrow, we go to the Jefferson Memorial and Arlington Cemetery.