The one where Dawn gets crabs…

We had a most exciting weekend with our friends Craig & Sue. And yes, I got crabs. I have to tell you, I was a little nervous at first when it was announced that Dawn would get crabs. But after a few glasses of wine, just about anything sounds like a good idea, right?

Shortly after we got to the shore (that would be the shore of the Patuxent River, lest you think it was some exciting shore, like Jersey or Tripoli) it was time to get crabs!

A little wine, some raw chicken…what a lovely way to get crabs! 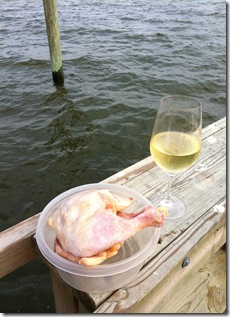 Not knowing the first thing about getting crabs, it was a good idea to let the boys get things rolling… 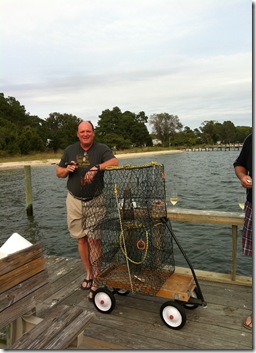 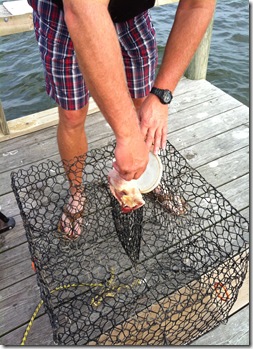 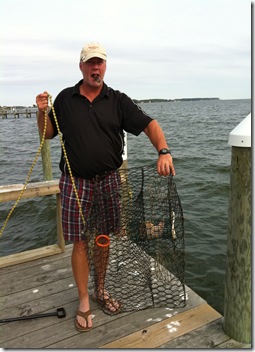 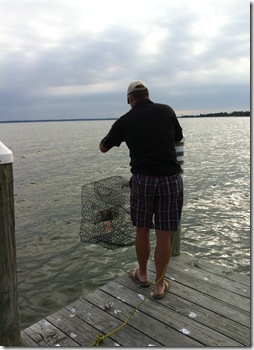 But after that, I had to work to get crabs! I don’t understand, apparently some people just get crabs, by doing nothing more than laying around. Not me, though, I had to check the pots (although, as you can plainly see, they are not pots) every day and I had to learn the lingo (see again, the pots) and remember to say we were crabbing, not crab fishing as landlubbers are wont to say. 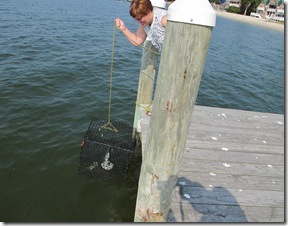 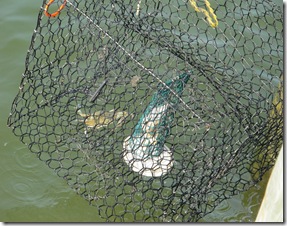 There are a lot of rules when you are crabbing. We can’t keep the girls, we can’t use the small ones for garnish and there is absolutely NO RUNNING, JUMPING or DIVING from the pier. 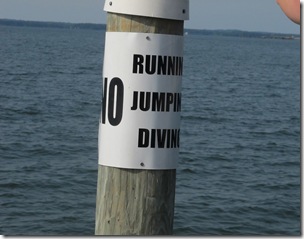 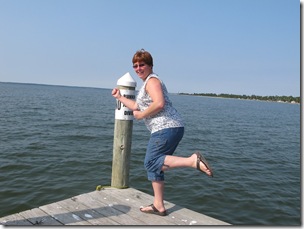 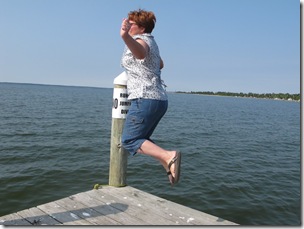 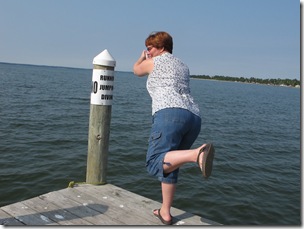 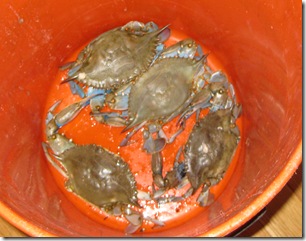 Between these four and the half bushel that a neighbor gave us, we had enough crabs to make crab cakes for sandwiches. I’ll bet you’re wishing I had taken a picture of those, right? Me, too, but I inhaled the sandwich so fast, there was nothing to photograph. It was mighty fine, I must say. Definitely worth catching crabs for.

More interesting weekend stories to come. Like the chili that wasn’t really a chili, a lighthouse with no light and an airshow seen from the water. Stayed tuned and remember…if you don’t work for the crabs, they’re not worth having. 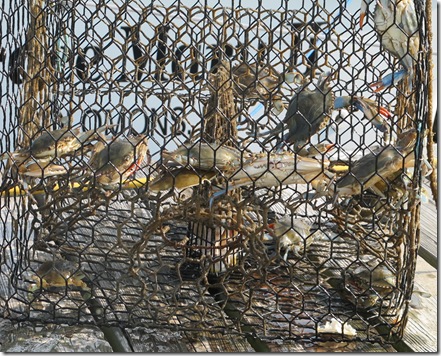 Email ThisBlogThis!Share to TwitterShare to FacebookShare to Pinterest
Labels: it could only happen to me, road trip, things that make me smile
Newer Post Older Post Home