Out of pocket and in the bucket…

I’m baaaack! Okay, I wasn’t really gone, but I was “out of pocket”, which according to Urban Dictionary, is a term that only in the last year or so has come to mean “unreachable” or “out of touch”. It is also a term that too many shiny shoed bureaucratic sycophants in DC use, so no one really likes it. This I also learned from Urban Dictionary.

I was busy making baby things and generally hanging out with myself. I do that sometimes.

However, just before I crawled into my hole, I crossed quite a few things off my bucket list. You know, I really need to write that list down, considering my memory capacity these days. I don’t want to miss something good, just because I forgot it was on my list.

Anyway, here are the fun things I checked off my list: 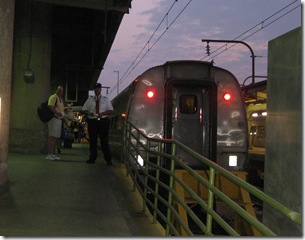 I rode a train! A real Amtrak train. The conductor commiserated with CGMan when I was all “Wait! I need to get a picture of the train!”. He laughed and said his mother does the same thing. Every. Time.

I don’t think our friends, who are frequent visitors to New York, were prepared for the enthusiastic traveler I can be. Especially at 6am. 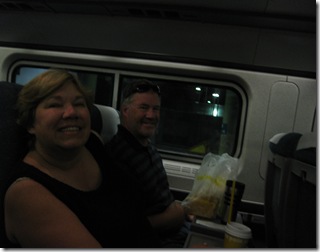 We rode the train to New York City, with my nose pressed against the glass the whole time. Imagine how wonderful it was for me, a person who loves car rides anyway, to be riding along in a train and not having to worry if CGMan sees the squirrel that is getting ready to dart in the road or the fact that there’s a school bus stopped a half a mile ahead! I was in heaven.

CGMan and I have been to NYC before, but I’m not going to count it as my bucket list item because it was cold, and rainy and November. In 2001. Too sad of a time. For bucket list purposes, we’ll use this trip.
I went to New York City!!  (Yes, bucket list items get an exclamation point, otherwise, why have it on your list?) 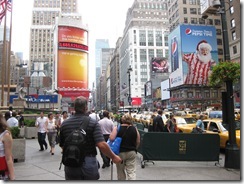 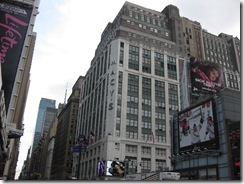 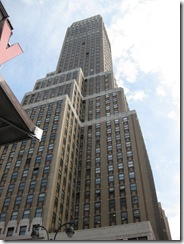 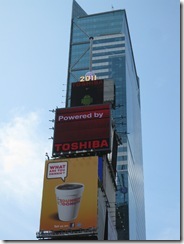 I was also there once as a girl, not that I’m not still a girl, but I was a young girl. Very young. I took these two pictures with a camera that had real film. The year, 1973. (ack! that’s a long time ago!) 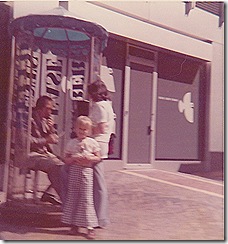 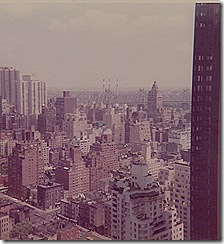 The first picture, for those of you under 30 years old, is a phone booth. When you were lost, you stopped and made a phone call. With a dime. Doesn’t my sister look great in her kicky bell bottoms? The second picture is from the 32nd floor of some high rise. I didn’t count that on my bucket list, either, because at the tender age of 8, I thought I would live forever and didn’t know you had to have a bucket list.

Many people would not think of having this on their bucket list, but it has always been on mine. It was every bit as terrifying exciting as I thought it would be. I rode in a NY taxicab! 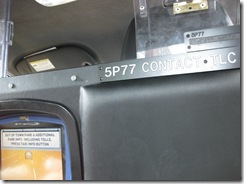 I’ve heard it said that your life flashes before your eyes when you ride in a NY cab. Well, my life didn’t flash before me so much as the middle fingers of several other cab drivers, the inside wheel well of a city bus and the freakishly calm face of a bike messenger. There was much jerking, swerving, braking and horn honking.

I was kind of hoping more along the lines of the Cash Cab.

We stayed on Times Square!
We heard a concert at the Lincoln Center! Okay, it was really an outdoor band in the garden of the Lincoln Center, but hey.
We saw a Broadway musical!
We walked through Central Park!
We rode the subway! To Queens!
We ate in Chinatown! 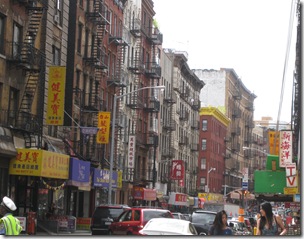 I did not get pooped on by a pigeon! That’s not really a bucket list item, just lucky. 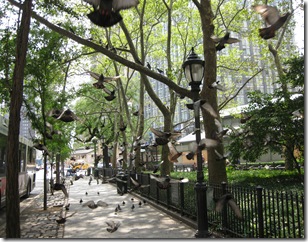 As you can see, there were many New York items on my bucket list. There are a couple more items that were not on my list before, but they are now, and have been checked off.

I walked 20 miles of Manhattan! And 2 in Queens!
This might not seem like a big deal, but it is and should be noted on my list.
“The Suburbanite Walks the City”

The other item that was not on my list, but is now, is him: 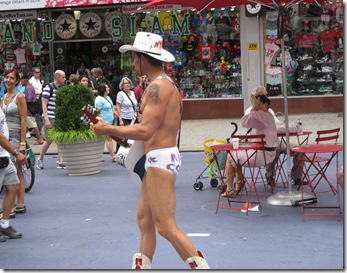 I saw the Naked Cowboy!

That was the best picture I got of him, so I stole borrowed this one from Google. 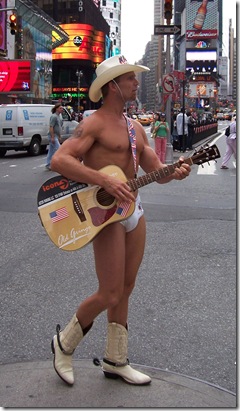 
He used to have long hair, but I find him so much cuter with the short hair.

There you have it, my friends, my New York Bucket List Extravaganza!

We had a great time and really owe thanks to Chef Sue and Photog Craig for setting the wheels in motion. You guys are great tour guides. I’d follow you anywhere.

P.S. If you’re into photography, check out the pictures Craig took on his photo blog.