Too many words for Wordless Wednesday…

You may have noticed I don’t post much anymore, but do usually put something up on Wednesdays. That’s because it’s easier to post a picture than to think of something to write about. But hey, a picture is worth a thousand words, right?

Here are a few words for today… 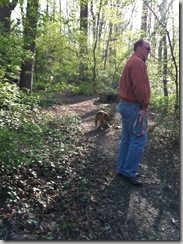 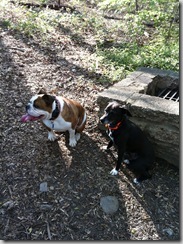 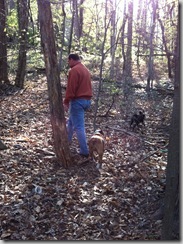 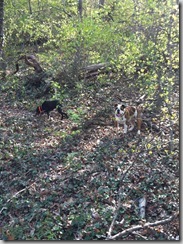 We have already found a dog park. There are lots of trails through the woods. The girls like it very well. I know you won’t believe this, but I saw Phoebe leap over a fallen log. Of course, that was early on, when she still had energy. Later, I saw her army crawl underneath one. There is even a stream that runs through it, in case anyone wants to play in the water. We met a few dogs that day. 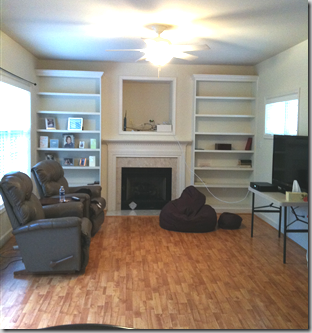 This is the family room, right off the kitchen. While we were living like bohemians, we had the TV sitting on a plastic table across from the two LaZboys. I knew when the furniture came, it would be a challenge to make everything fit in this space, with only the two walls.

The cubby over the fireplace didn’t do anything for me. I found a way to put the TV there, using telescoping hardware mounted inside the cubby. But it required a lot of work and we don’t own this house.

What to do, what to do? Besides paint. Man, this house needs some paint. All the walls are white. White, white.

So Dawn eliminated them. 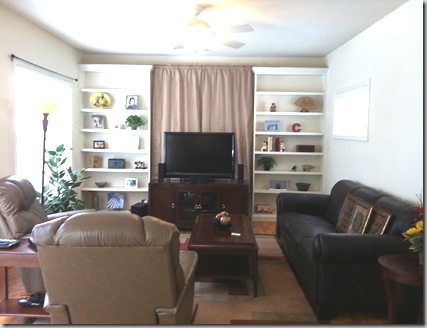 I still have some work to do with the shelves. I’m not finished unpacking, but at least we have a comfortable family room. The curtain I used is a taupe color, like the chairs. I plan to paint the room, and the back wall of the shelves, a lighter taupe than that. (that’s not sunlight coming through the windows, I had to mess with the contrast a little because the iPhone takes funky pictures)

As I mentioned earlier, I haven’t posted much lately. It’s easy to blame it on the move and it’s no lie that I have been busy, busy unpacking and all. But there’s a little more to it.

I started this blog as a way to amuse my family. Mostly, my mom. Before I began blogging, I loved to get her on the phone and tell her of the antics that were going on in my life. I loved to hear her laugh. She had such a great sense of humor. Dawn’s Dad (that’s Daddy, to me) started a blog when ORMom had cancer, as a way of keeping everybody apprised of what was going on with her. That’s really what got me started. I didn’t know anything about blogs until he started his. If he could do it, I could, too. It would be a nice way to keep everybody in the loop and entertained.

Most of my blogs were written with my mom in mind, as my audience. I couldn’t wait for the phone call later in the day, telling me how she loved this or that story and did that really happen? I was even known to take a story of hers and make it my own (remember the chocolate pudding spill that looked like a bug? Yeah, that was her) On my yearly road trips with her and her sister, the two of them would laugh and joke and then turn to me and say, “Hey! That was off the record! Don’t you put us on your blog!”

I know this move would have been a lot more fun if she were still here. I would have shared all the humor that comes from adversity (like the mover packing my kindle, even though it was right there next to my coffee cup, open and on my page, then asking, Did you need that?)

Partly because I liked to make her laugh and the other part was, I didn’t want her to worry that I would be sad leaving Texas. I would have made light of this next step on my life’s journey, so she would see that I was going to be okay. She’s the one who taught me to make margaritas when life handed you lemons, so I would have done my best to assure her that I was putting my lemons to good use.

I am going to be okay.