Dear Spring, was it something I said?…

It started innocently enough, if you call below freezing temperatures and colder than Alaska, innocent. I can deal with cold, everyone knows it’s the snow that I don’t like. 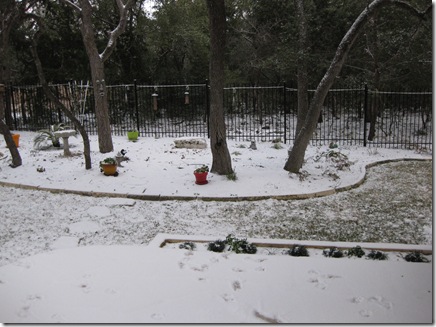 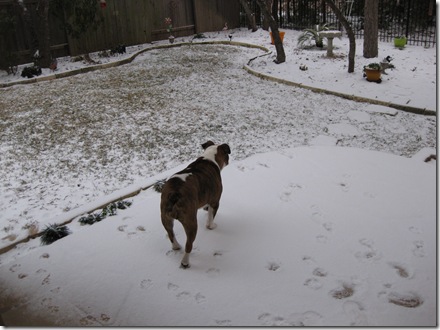 Of course, the good people of Texas don’t know how to drive in a “snowstorm” so everything has been closed from schools to government (although, we all know, it doesn’t take much to shut down the government). Not that I mind, it’s snow and I’m not going out in it. As you can see, okay not see, neither is Zoe. Phoebe, on the other hand, has been out running willy nilly through the yard, and then of course, straight into the house with snow all over her big bulldog feet. *sigh*

Not being a snow person, how deep does it have to get before you can use a snow blower named Francisco? I am woefully unprepared. 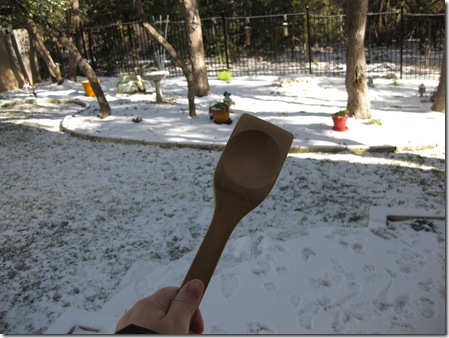