Work is the curse of the drinking classes…

Guess what? I earned a paycheck! A real, honest to chocolate, paycheck.

I’m having a hard time deciding how to spend it. You know, it’s Christmastime, so maybe I should buy somebody a present. Or I could use it to buy more decorations for the house, because there are never enough of those.

It’s been a long time since I earned a real paycheck. My career here at home has it’s own rewards, but going out and actually earning some real money was pretty cool. I would love to do this job again, but I have to wait until I am called. I may have mentioned before that they don’t take volunteers. Dammit. 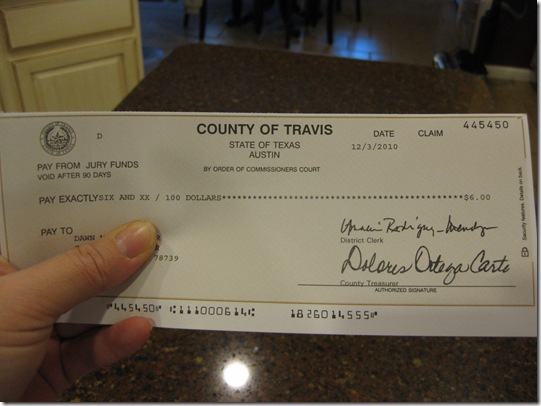 I got paid for my voire dire at jury duty! Which I actually did on my computer, so technically, I worked from home. But think of all the money I would have made if I actually served on the jury! Damn those plea bargains.

You know what? I think I will give it all to the red kettle bell ringer. How many times in ones life can you say, I gave my whole paycheck, my yearly earnings, to charity at Christmas?