Too much to do, and too little to say…

Have you ever had one of those little phantom slivers in the end of your finger? It hurts like the dickens, but there is nothing there? Yeah, I have one of those today. Of course, it’s on the most important finger. No, I’m not going to show you a picture of the finger, although I thought about it. A lot.

CGMan and I are flying to DC tomorrow. He has a very important interview. It’s so promising, I’m going along, too, so we can look at houses. Keep your fingers crossed. As much as I like it here in Austin, I would rather CGMan had a job. Besides, I’m up for a little adventure. You know, like moving. yehaw.

Because of the trauma that is going on with my bird finger, I’m finding it very hard to type. Between that and the 187634 things I have to do today, I don’t have a proper post for you. That being said,  I will leave you with the outtakes from the Christmas dog photo shoot. 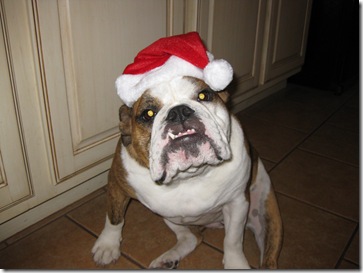 This is how Phoebe always looks to me. Kinda goofy and so adorable. Yesterday’s picture reminded me that she really is a bulldog! 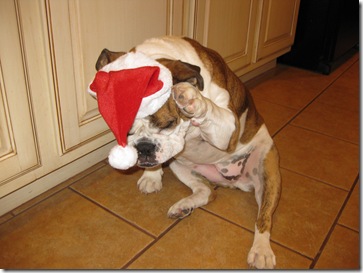 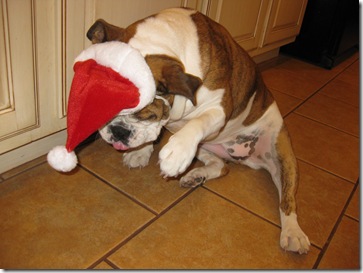 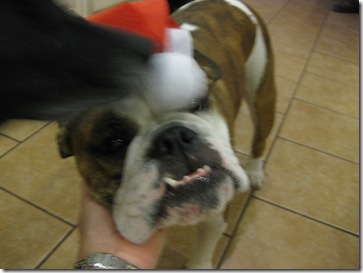 Zoe wouldn’t wear the hat, and tried to save Phoebe from ridicule. It didn’t work.