Sometimes a meathead is just that…

Have I got a recipe for you! For the annual Halloween party, I made this little number and let me tell you…he was a hit! Yes, I said he. 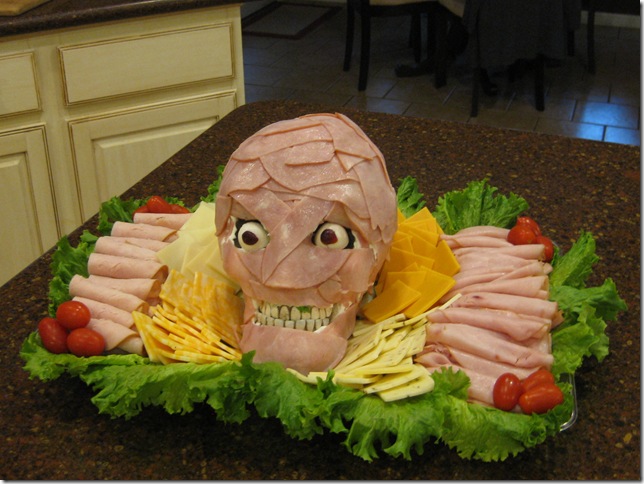 Want to learn how to make him? It’s easy and fun. Okay, let’s grab the ingredients… 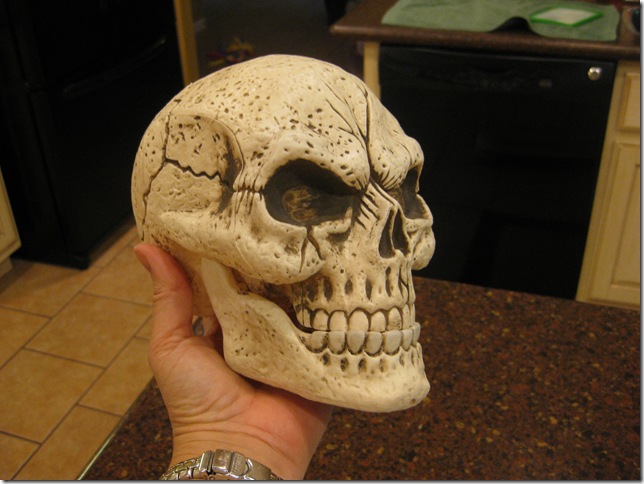 “Alas! Poor Yorick! I knew him as a fellow of infinite jest…”

First you will need a skull. I found a lot of foam ones, but held out until I found a plastic one. He’s more life sized and shaped than the foam ones. 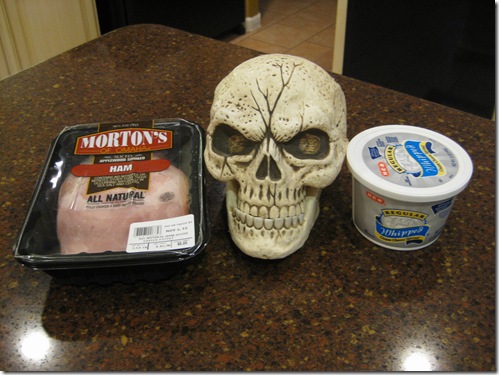 You’ll need about a pound and a half of thinly sliced ham and some cream cheese. I used the whipped kind because it spreads easier. 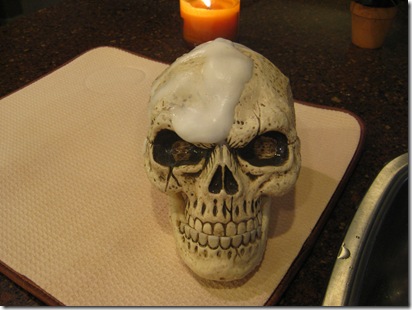 First you’ll want to wash your skull. Be careful not to get soap in his eyes. Oh wait. Nevermind. 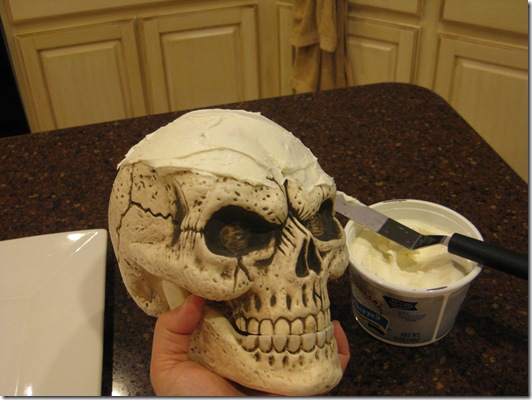 Now take the cream cheese and spread it all over the skull. Just like frosting a cupcake. Well, except it’s a skull. There is another thing you can do, if you want to give your meathead a more gory look. Make some red Jell-O (jiggler or finger style) very thin on a cookie sheet. Cut small pieces and place over the skull in place of the cream cheese. Cut the ham into wide strips and start placing it all over the skull. The cream cheese helps it stick. I did a lot of crisscross, too. 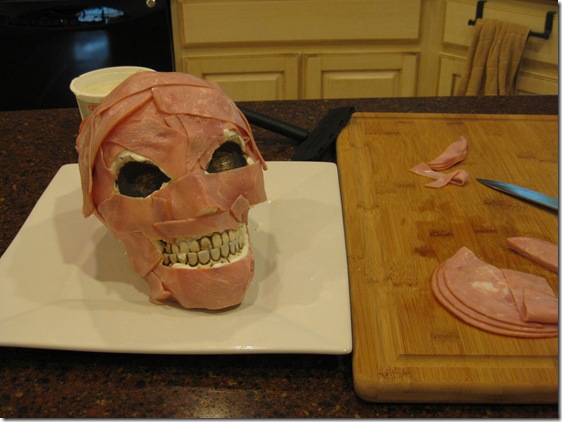 Layer it on nice and thick! Especially around the top of the skull, where people will be pulling it off. 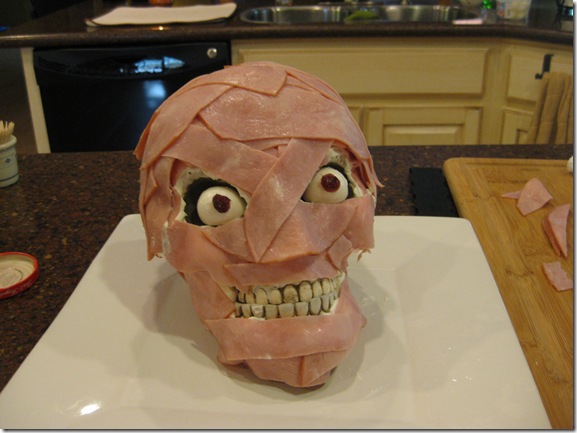 I used two mozzarella balls for the eyes, with little dried cranberries for the pupils. You could use olive slices, too. (My olives were too big). You could also use big pearl onions, for a more translucent look. 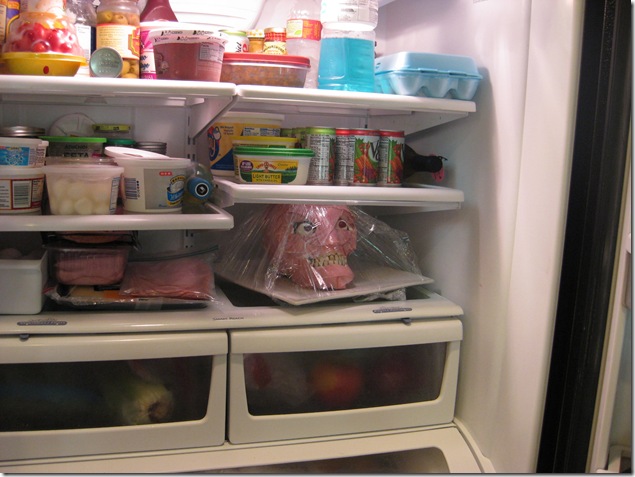 Now wrap him in plastic wrap and put in the fridge to scare the crap out of your kids until you’re ready to bring him out for the party. 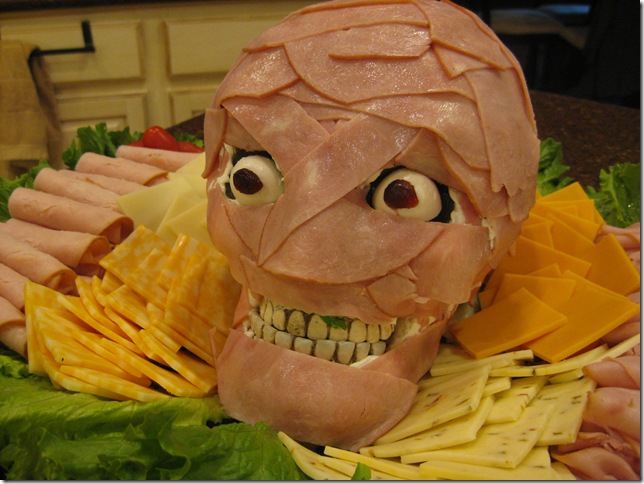 Place him on a tray with lettuce for garnish. I added more meat and cheeses and had a basket of rolls next to him. The guests had a lot of fun making little sammies with his “skin”.

Man! I hate it when no one tells you have a lil sumthin in your teeth, right there.

Email ThisBlogThis!Share to TwitterShare to FacebookShare to Pinterest
Labels: recipes, things that show I really have too much time on my hands
Newer Post Older Post Home