Houston, we have a problem…

I had planned on being oh so funny, and saying that all day long yesterday, as we toured the Johnson Space Center. I would have too, except that my jaw was open in awe for most of the day. I mean, we saw real rocket ships, for crying out loud! We saw the actual command center from when man first landed on the moon! We learned how astronauts pee in space. 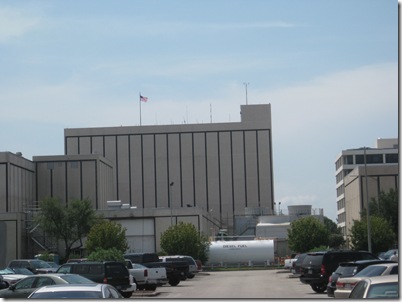 We took the tram ride around the grounds of NASA. The flagpole on the building represents the very middle of the space center. A flag flying means there is an American in space. 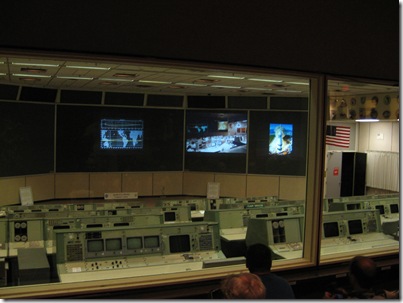 This is the actual command center used until early 1996. It was here that we watched Neil Armstrong step foot on the moon. See the flag off to the left? It has been on the moon, twice. The monitors that you see are not computers, they are data readers only. When the command center was in use for a mission, they took two of their five mainframe computers offline to use solely for the mission. Each mainframe had 1MB of memory. That’s right, the same amount we use for one picture on our digital camera.

Of course, there was no email, either. To get a message to someone else in the room or even the building, there was a pneumatic tube system, like what we use at the drive-up window at the bank.

How the hell did we ever get a man on the moon without real  computers?? 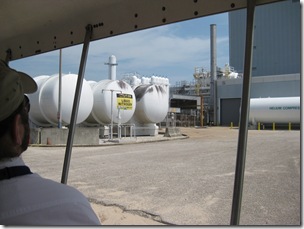 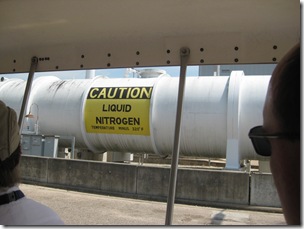 All over the compound, there were these containers filled with liquid nitrogen. It’s used for testing blast offs and stuff. Okay, so I didn’t pay as close attention as I should have, but it was all so interesting! I did hear her when she told us it has to be kept at a temperature of -320° F. For all my Canadian readers, that is –195.5° C.   I have a BFF from Canada who once told me that after 40 below, there is no difference between Fahrenheit and Celsius, they’re both just Friggin Cold. 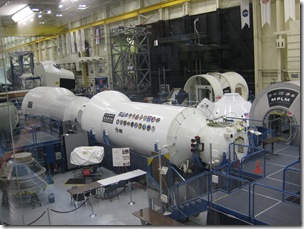 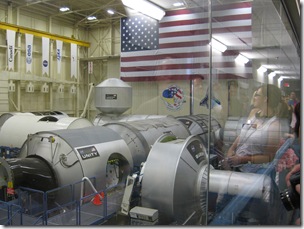 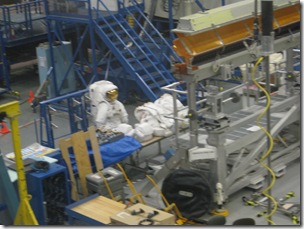 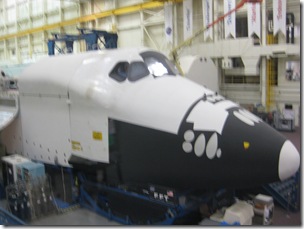 This area contained the full sized mockups of the shuttle and the modules of the International Space Station. It is here that the astronauts practice. We all know that practice makes perfect. 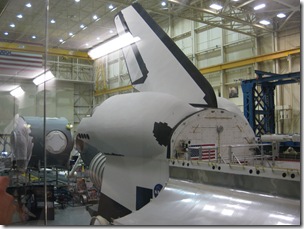 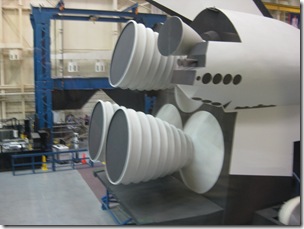 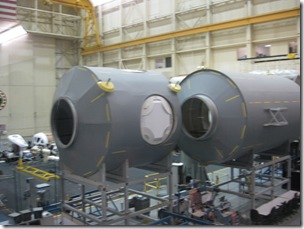 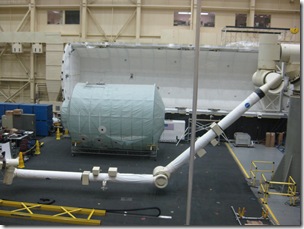 The bottom right is a picture of the robotic arm that is used for the space walks. They are working on different attachments to make the arm more useful for the astronauts. Also on the compound is the Neutral Buoyancy Laboratory, it is where the astronauts practice spacewalks in a zero-g type situation. What that means is, they have a pool that holds 6.2 million gallons of water. They don their space suits, and practice working in weightless conditions, underwater.

Oh, there was just so much to see. We walked the timeline of the space program, all the while learning all kinds of cool things. CGMan had to help me out a few times, since he is much older than I and actually remembers watching this on television. 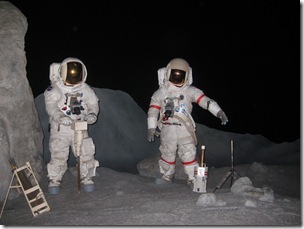 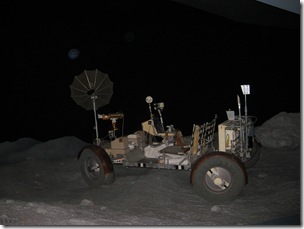 I also learned that if you’re standing on the moon, the light is so bright, you cannot see the stars. 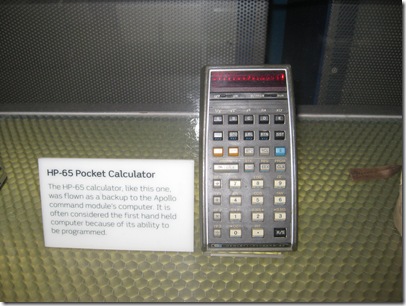 I’m pretty sure my dad had one of these “pocket” calculators. It’s about six inches tall and 4 inches wide. You should have a very big pocket to carry that around.

As I was walking around, I thought how cool it would be to be an astronaut when I grow up. After we learned a little more about the various crews I came to realize that while I may be the best of the domestic engineers, it’s going to take a lot more than that to get me into space. Some of the degrees these people have are amazing. Okay, I’m not sure even sure what biochemistry is and how one would get a PhD in it. Or aeronautical engineering. I’m pretty sure ACC does not offer a class for an aerospace physicist. Those are just the ones I can remember how to spell. I guess it really is rocket science.

I will tell you this, I have a whole new respect for the space program and what they do. 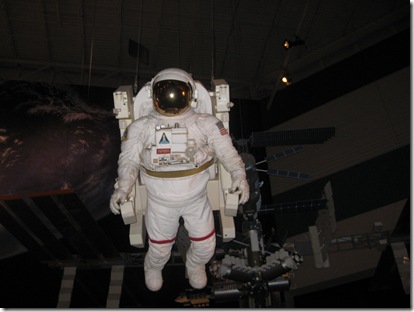 If you find yourself in Houston, this is a definite “must see”. And I didn’t even tell you my favorite part! School is back in session, so we literally had the place to ourselves. It was awe.some. I know, I’m starting to sound like a cranky old lady.

On a side note:

Fourteen years ago today, I married CGMan. I’ll be honest and tell you, we hadn’t known each other very long, but we knew it was meant to be. We became a family that day. Through all the ups and downs and work related separations, he and I became best friends along the way. I wouldn’t change a thing.