Any boy can get a girl, it takes a man to keep one….

CGMan and I are out of town. Our anniversary is tomorrow, and we decided to spend it at the lake. Then we had to pick which lake, as Texas has 177 fresh water lakes and over 6,000 reservoirs that I always thought were lakes, until I looked up how many lakes are in Texas. Did you know that of all of those 6,700 places to boat and fish, only one is natural? Yep, all but one of Texas’ lakes are man made.

We talked about going camping at the lake, but then CGMan remembered who he really married fourteen years ago. He just knew it wouldn’t be all that relaxing in a tent with a woman who is known to be mosquito bait and who also cannot pee in the woods. Making hourly trips to the camp bath house would have defeated the purpose of being in the wilderness.

I can tell we are on the way to a long and happy marriage, because we know how to compromise. 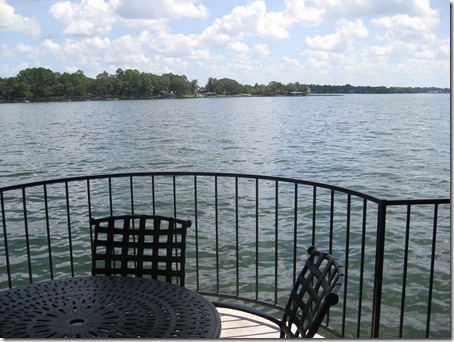 We found a nice condo right on the water. He got to be close enough to the lake to fish and I have bathroom, with a Jacuzzi tub. I also have a very nice kitchen where I can cook something besides weenies and s’mores. 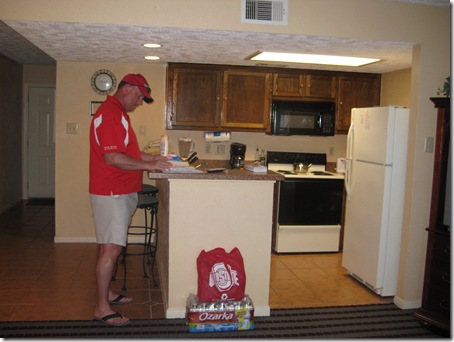 It was a beautiful, three hour drive from Austin to Lake Conroe. There were a couple places where I wanted to stop, like the bird house factory, (because I don’t have near enough birdhouses in my back yard), but CGMan was on a time schedule. The Ohio State game was due to come on at 3pm. He did promise we could stop on the way back. I know he’ll keep his promise, because it’s all about compromise. And my GPS.

Yes, the Buckeyes did win their game against Miami, thanks for asking. GO BUCKEYES!

After checking in, we had about an hour before game time, so we took a few minutes to meet the neighbors. They seem really nice, but a couple of the girls are loud and sassy. All in all, they’re nice neighbors, even if they do show up at meal time. every. day. 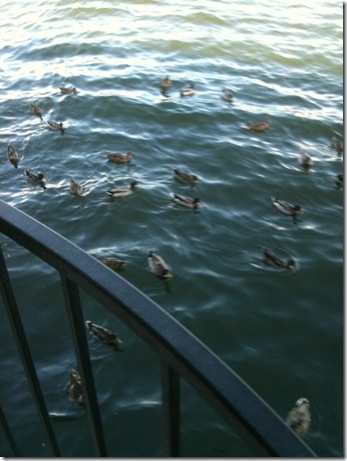 Yesterday, we went for a drive around the lake. The lake itself is 19 miles long, with lots of coves and inlets. It was so interesting to see million dollar homes across the street from, you know…regular homes. I say regular with confidence, as I’m sure my faithful readers are of the regular type. But Paris Hilton, if you’ve been lurking, now is the time to let us know how “regular” your house is. You know what would have been nice? If I had thought to take a picture of the houses instead of looking on my iPhone to see how much they cost.

We traveled through a small part of the Sam Houston National Park. I was hoping to see some wildlife, but  the only thing we saw was a trail bike competition. Oh, we did pick up a hitchhiker. I know, I know. My mother told me the same thing, “You should never pick up a hitch hiker, no matter how cute he is.” First of all, let me say I have never seen a cute hitch hiker. I have occasionally seen one that is a little less mass murder-y looking, but cute? Uh, no. We didn’t actually stop for this hitch hiker, it was more like he carjacked us as we made a slow turn. 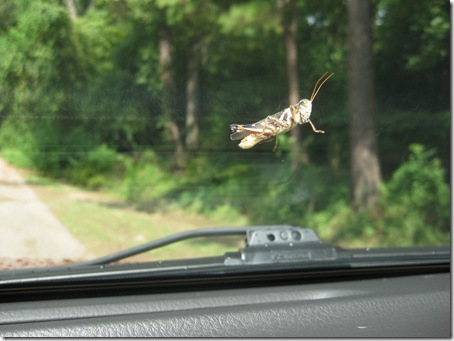 Take me to your leader….

After a day of cruising around and checking out the area, we stopped for lunch at a small Mexican restaurant. If at all possible, we never go to chain restaurants, we prefer the smaller, family owned. This was wonderful! Not only was the margarita good, they had the best menu I had ever seen. 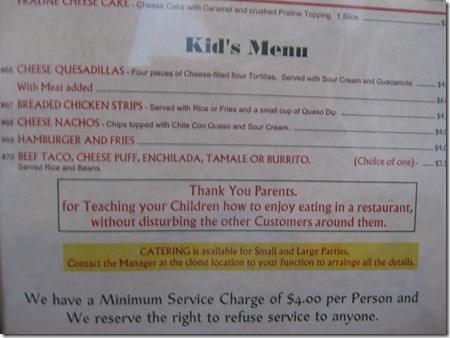 We had a great meal and decided to head back to the balcony for a cigar (for him, not me) and a game of Skip-bo. I could easily get used to living lakeside. Well, I’d have to invest in a gas mask for all the bug spray I have to put out, just to be able to sit outside by the lake. Thank goodness for chemicals, right? 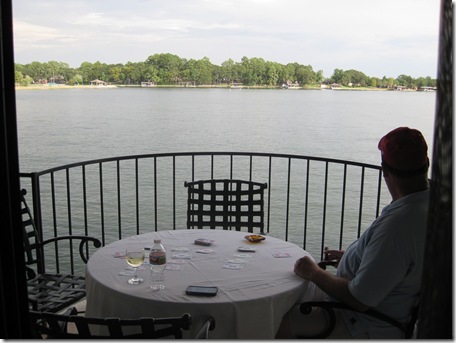 Today, we are going into Houston to the Space Center. I know I will be more than annoying when I walk around, all day, saying, “Houston, we have a problem.” I would love to go to the zoo while we’re here, but it is too damn hot. I see on the news that it’s starting to be fall in other parts of the country, with cooler temperatures and all. Remember…this is TEXAS. We don’t get fall like temperatures until just before Christmas.

Until then, I camp in a condo by the lake and visit air conditioned attractions and leave zoos and water activities to those who can’t compromise can stand the heat.