I thought I might have had a midlife crisis over the weekend.
But I quickly recognized that I am not old enough for a midlife crisis. It’s not like I’m 50 or anything. I’m only forty-four!

As I started to analyze it, like I do just about everything (including why Phoebe sits like that), I realized the definition of a midlife crisis is to try to recapture one’s youth. That’s when I knew there was no. way. I had a midlife crisis this weekend.

Some of you may remember that I had my children very early in life. I was eighteen when the Marine was born. My “youth” was spent reading Little Golden Books and changing diapers. Not that I would change a minute of it, but that’s the truth of it. If what I had over the weekend was an attempt to recapture my youth, I would have found myself hung-over and pregnant. Um, no thank you.

Rather than “recapturing” my youth, I think instead, I finally get to enjoy what is left of it. 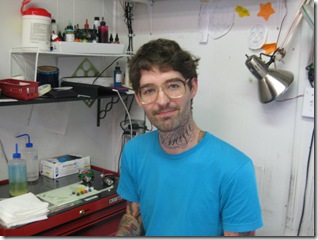 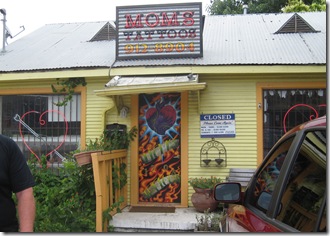 Where moms go to get tattoos.

I used to say I would never get a tattoo, that there wasn’t anything I wanted on my body forever. Well, I used to not like strawberries either, but now I do. Things change. That was also back when I was trying to set a good example for my children. Yeah, like that worked out so well. Between the three of them, there are 11 tattoos.

I had tossed about the idea for a year or so. Now it was time. I went in with an idea in mind and Josh put it to paper. After a couple of revisions, he knew exactly what I wanted. Then it was time to get started. He asked if there were any questions before he got going. Trust me, I did all my research, (one of the advantages of age) so I had no questions. He told me I would be surprised at the number of people who ask, “So, how long will it last?”  I guess FOREVER means something different when you’re twenty. 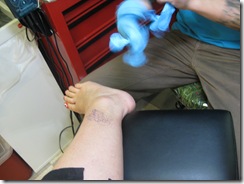 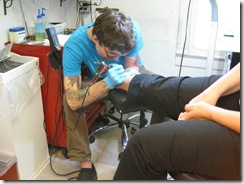 I watched as all the equipment was taken out of sterile packs (see, ORMom, I checked!) and Josh washed his hands. The whole thing took about an hour and a half. All the while, Josh and I regaling each other with stories of our dogs. Did you know he is also a wedding photographer? To answer the question I know you’re all wondering…yes, it hurt like hell. Was it the worst pain ever?  No. I birthed three babies the way God intended; screaming and without drugs. (okay, I’ll be honest, the babies came too fast for them to give me the drugs. Dammit) So, comparatively, not the worst pain ever, but it hurt. It hurt enough that I’m pretty sure this will be my one and only tattoo. Because I am not young and pain lasts longer. 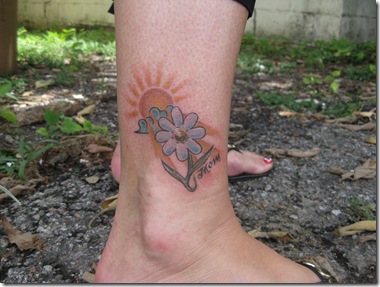 I always said if I ever got a tattoo, it would say “Mom” because I love my mom. Let me jog your memory-- three kids, 11 tattoos?  Not one “Mom” . I’m not saying they don’t love me, I’m sure they do. That’s okay, they have my genes and that is far more permanent than any tattoo! BAHAHAHA!
For the record, Josh has a “mom” tattoo, as do all three of the other dudes in Mom’s Tattoos (you don’t think she made them do that to work there, do you?) 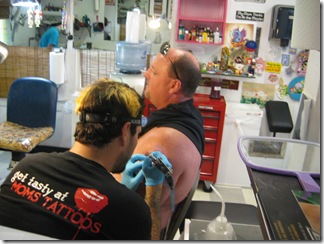 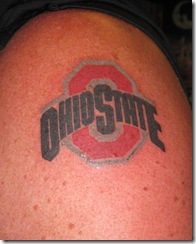 Totally had a midlife crisis.