Luxor in the afternoon…

One of my favorite movies is The Ten Commandments, with Charleton Heston. Being in Egypt and seeing the temples, I feel like I was right there, living it.  As much as I like to think I was one of the beautiful women living in the temple and have my image carved on the wall, I was more likely the gal out there toting water.

After visiting the Karnak Temple, we were taken to a riverside restaurant to have some lunch. The river would be the Nile. I can’t believe I just said that! “Yes, we lunched along the Nile.” Never in my wildest dreams did I think I would ever see the Nile, the very river that Moses floated down when we was a baby. Of course, it’s not as pretty as when Moses was a baby, but still, it’s the Nile.

For the foodies, let me say - Egyptian food? Meh. It isn’t bad. It’s just nothing to write home about. But then, they’re not known for their culinary skills, are they? There is a lot of fish, lamb, eggplant, potatoes and rice. Really a lot of starch. The only vegetables I’ve seen  in abundance have been carrots and zucchini. Nothing leafy and green.

Our lunchtime conversation was spent explaining to the Italian students that yes, there are cowboys in Texas, but they’re not like the ones in the movies. Well, yes, they wear boots and hats and yes, some carry guns, but it’s not like a Western. How do you explain hippies and cowboys co-existing in Austin? And while I’ve never met a Texas Ranger, I’m pretty sure they’re nothing like Chuck Norris. Apparently, Chuck Norris has a HUGE following in Italy. They had more questions about him than anything else about Texas.

The other Americans who were helping this conversation were reservists for the Army. One was on R & R from Iraq and the other flew in from Houston to join him.

After lunch, we boarded a water taxi to cross the Nile and explore the West Bank. 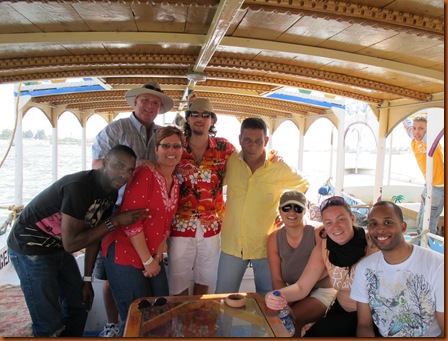 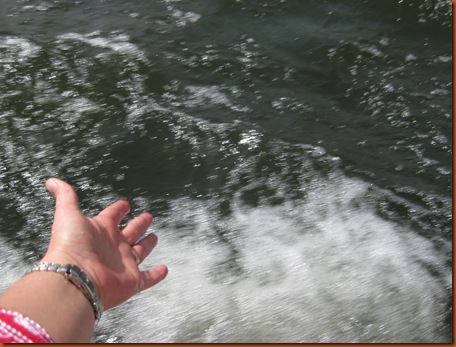 Honestly, I’ve sat here for the last ten minutes trying to figure out how to describe all that we saw. I just can’t. You’re just driving along, and on the side of the road are these two HUGE statues, just out of nowhere. And then another temple. And housing for the servants. All of these are closed off to the public, but you can still see them from the road. On a hillside is a village where the people live as simply as in ancient times. The people who live here are very keen at finding the ancient sites. 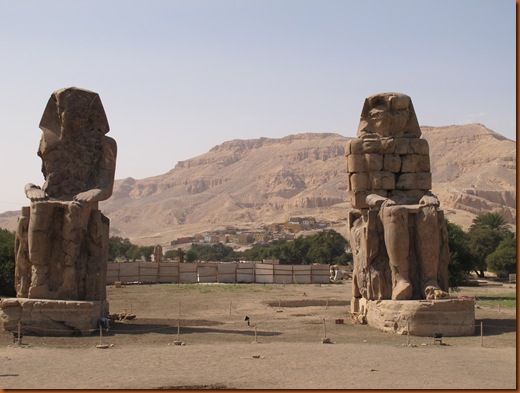 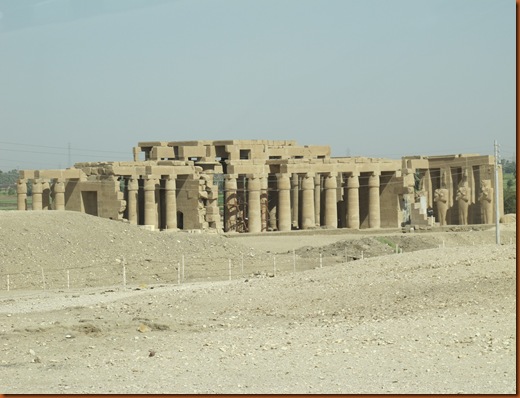 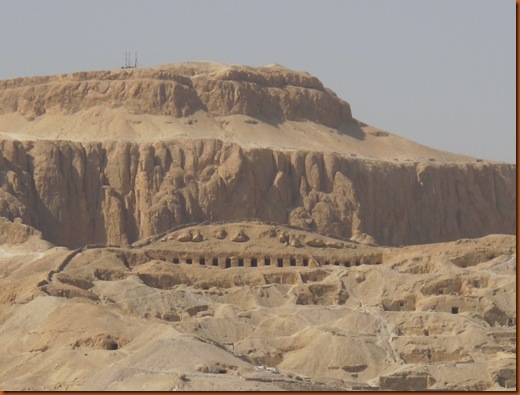 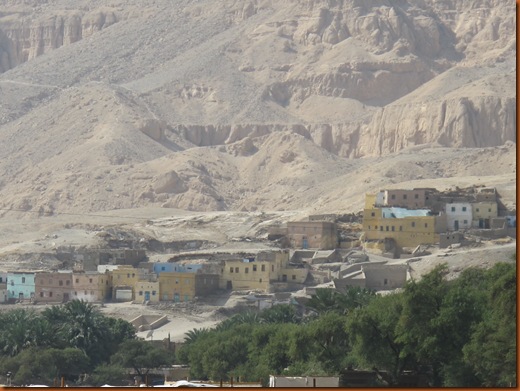 Tomorrow, I will finish up our tour through Luxor. I’ve tried to pare down my 18974362 pictures to a manageable few. I promise, I’m trying to spare you the “Dawn’s dreaded vacation slides”.

Remember those? Slideshows of other people’s vacations? “This is a 1,000 year old redwood tree in California” click-swish-focus “Here we have a redwood tree that’s only 900 years old in Oregon, do you need me to go back so you can see the difference?” click-swish-(clunk as head falls on table)  Yeah, I won’t to do that to you. Unless I already have. In which case it’s too late anyway, so have another cocktail, there’s only 87436 more slides to go.