Yes, my friends, I have entered that temporary psychological state known as “Christmas Season”.  I can’t help it, I just get so excited with the holidays.

I know this year I pushed the envelope by putting up my tree the day after Halloween. But truly, there were extenuating circumstances.  I wasn’t then in the Christmas state of mind. I was merely being pragmatic for my return to Austin on the first of December. I wanted to be ready. Ready for Christmas.

But now? Now that it is officially the holiday season? I am one with Christmas! Let the baking begin!

Actually, the baking won’t truly begin until I get home to my nice, big kitchen with the double wall ovens. It’s a little hard to think about the batches and batches of Christmas cookies when looking at this little propane heated ovenette. 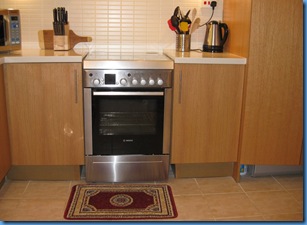 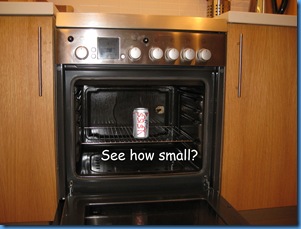 But know this…even while I’m in Abu Dhabi, I am thinking about Christmas cookies.

And for the curious, yes, the stores here are now being decorated for the Christian holiday known as Christmas. I’ve mentioned before that the population of Abu Dhabi is more than 70% non-Arab. Of those, over half are non-Muslim. Being good businessmen, they cater to their biggest clientele, the expatriate Christmas shopper.

I found it quite interesting to see the Muslim ladies walking through the mall that was being decorated with 100 foot Christmas trees. When I’m out next, I’ll get a picture or two.

Until then, I’ll be looking at cookie recipes and listening to Christmas music on my iPod.