It’s all in the clues…

What’s blue and white and red all over? 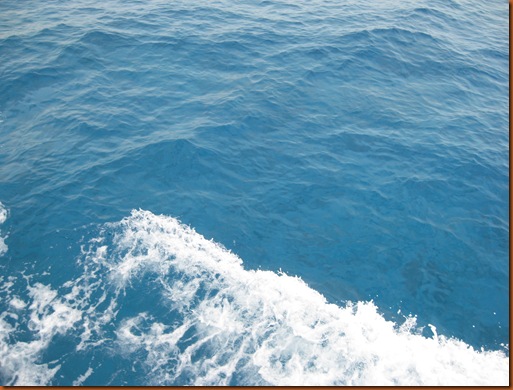 Yesterday we went snorkeling. The waters were so beautiful. Even more so than the Caribbean, I must admit. It was a hazy, warm day and the water was chilly and clear. The fish were so colorful! We even saw a pod of dolphins, but they seemed more intent on finding dinner than playing with us. 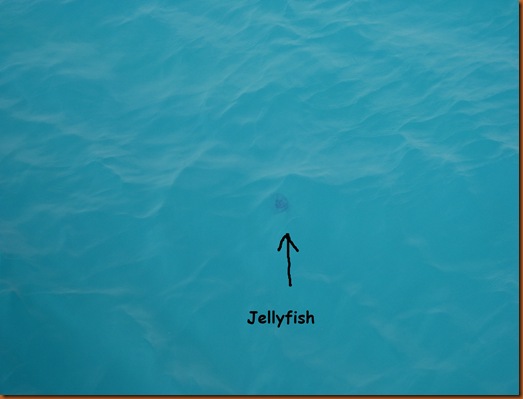 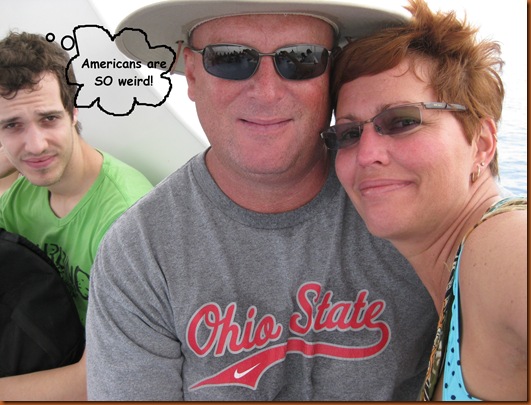 On board, we had a nice lunch of spaghetti and cucumber salad. Then it was back up top for a little nap, while we headed to our next stop, Paradise Island. 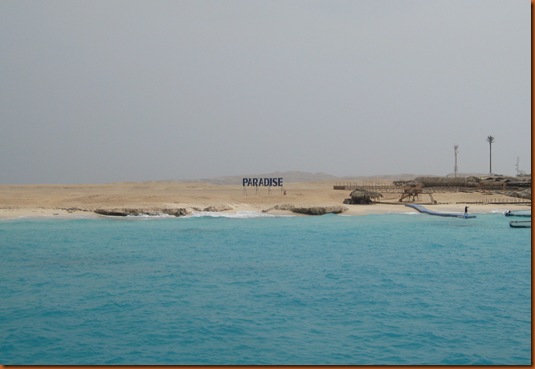 See? It says so right on it.

There were a couple of little kids on the boat with us. They were fun to watch (and not have to take care of). One little boy had a small super soaker water gun that he enjoyed using on the people as they were deciding whether to jump in. After he would squirt their unsuspecting back, he would turn to whoever was standing next to him and hand them the gun. It was hilarious. He got CGMan right between the eyes, once. Then he indicated, in the most universal of ways, by pointing right at me, that it was my idea. Which it was, but still. Dude?

Of course, this wasn’t nearly as funny as when CGMan accidently turned the bidet on himself in the airport restroom. 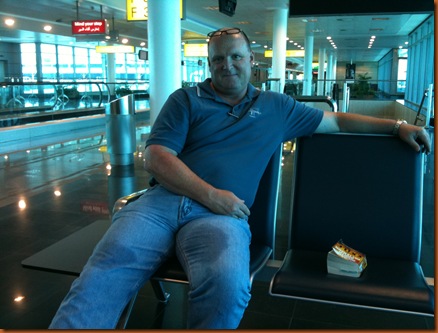 I’m hoping for a nice relaxing day today. Maybe we’ll walk, like Americans, along the beach.

I’ll tell you all about it tomorrow, when I hock my wedding ring to pay for an internet connection.