Last night we settled into the recliners to watch our favorite show. 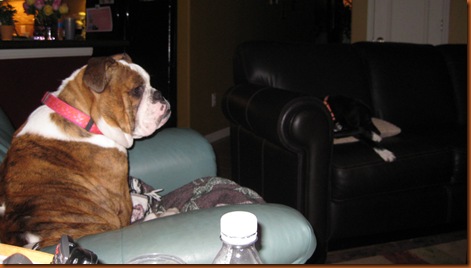 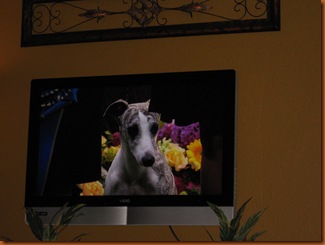 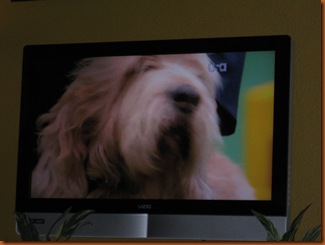 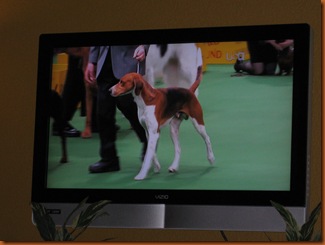 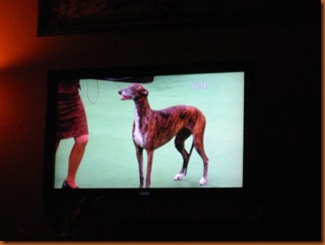 The girls were quick to pick out their favorites in the Hound Group. Zoe is pretty sure she’s related to a Whippet. The Whippet won the hound group, as Zoe knew she would.

We pretty much skimmed over the Toy group, because, well, they’re just stupid. They’re little and fluffy and yappy. High maintenance for such little dogs. There was one that we particularly liked: 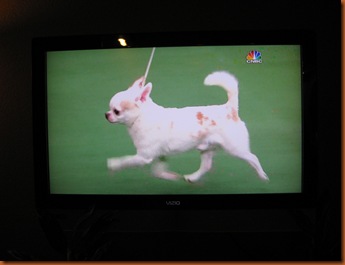 The short-haired Chihuahua was quite a little character. When we went to the pound to pick a dog, this is kind of what I was looking for. I ended up with Zoe, the Whippet wannabe. A little lot bigger, but still a character.

Speaking of Zoe, she had a special interest in this fellow here. She never lived in Trinidad with us, but I still play the Caribbean music all the time, so it doesn’t surprise me at all that she would fall for the Rasta man: 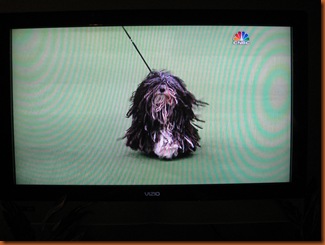 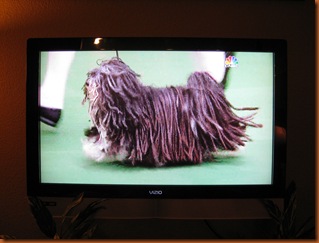 Like I said, we just skimmed over the Toy group. The girls were most interested in the Non-Working group, because, well…that’s us in a nutshell. The Non-Working Group. I don’t know that I would have been able to hold their interest until our group came on if it weren’t for the commercials. 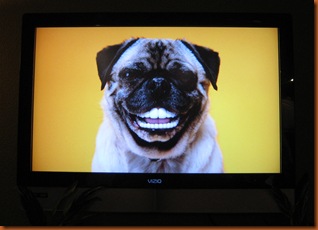 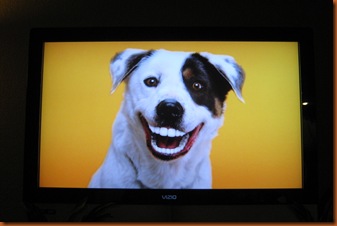 Finally it was time for the Non-Working Group. While there are plenty of dogs who don’t work, there was only one we were interested in: 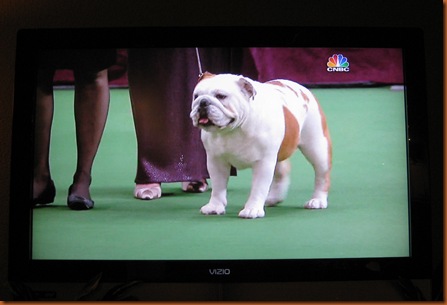 Oh, she was the darling! As they were making their run down and back, the handler was squeaking a little toy. It was too cute to see little Ms. Bulldog jumping and looking excited. Of course, she was our favorite to win the group.

Before the show started and during breaks, it was mentioned that these are regular dogs, people’s pets. They live in the home and do what other “normal” dogs do. Yeah, I’m not seeing it: 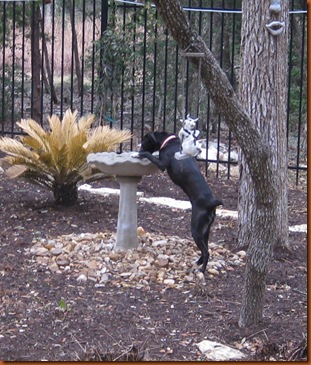 It was time for the judging of the deadbeat Non-Working dogs. The tension was palpable in the room as we waited to see if our dog would win. How could she not? Look at this face! 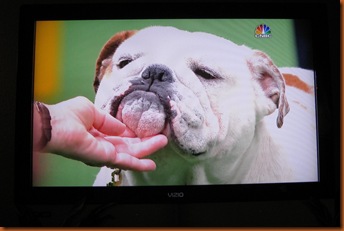 Look at this form! 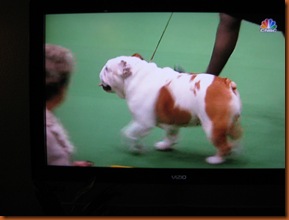 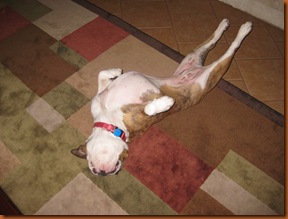 But alas, it was not to be. Our beautiful bulldog took third in the lay-on-the-couch-and-sleep-all-day group. Here is the winner and the dog who will go on to compete for Best of Show: 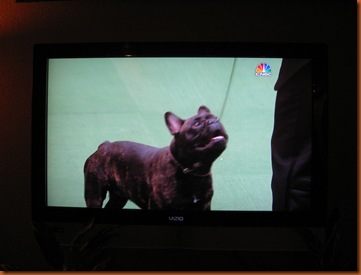 Well, at least it’s  a bulldog, even if it is a French one. Personally? I don’t see what this little Parisian poop machine has over the beautiful bulldog, but whatever. I’m a good sport, right? 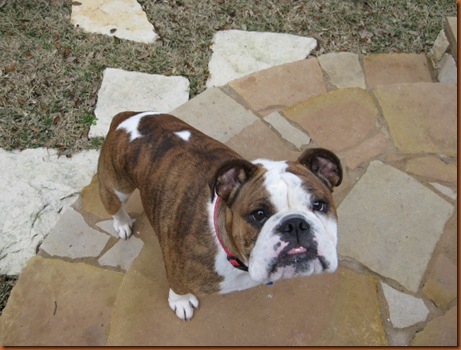 I would totally have entered this blue ribbon beauty if they didn’t have, you know, rules. Rules that say something about papers and lineage, blahblahblah. Oh, and you also have to win more than the Diamonds in the Ruff contest at the local dog park.

In the interest of good sportsmanship and the fact that we will not be working, the girls and I will be watching the other half of the dog show. We will root for the little French pipsqueak Bulldog to win best of show. Because any bulldog is better than no bulldog. Right, Phoebe?