I’d rather be a lightning rod than a seismograph…

It’s nice to know my blog is a good conversation starter. While visiting Scottish Woman Wednesday evening, the subject of lightning came up. She thought it insane interesting that I’m afraid of being struck by lightning while in my car. She said she had never heard of a car being struck by lightning. I believe there is a saying that goes “The absence of evidence does not mean there is evidence of absence.” I believe it could happen. Hello? if it can hit a tree right in front of you, why couldn’t it hit your car?

She reminded me that a car is grounded. While this may true, it doesn’t negate the fact that it has just been struck by lightning. I’m not saying it would kill me, I’m saying it would scare me so bad that I’d probably run off the road and hit a tree or something. I believe that spells dead or pretty darn close.  Then the conversation turned to the whys and hows that people are struck by lightning.

My Wow has heard of people being struck by lightning through the telephone and always taught us not to be on the phone during a thunderstorm. She also warned us not to be in the bathtub during a storm. At this, Scottish Woman snorted did not quite believe me and thought maybe I had taken leave of my senses. She asked, “How?! The lightning can’t come through the window while you’re in the tub.” And I was all, “Sure it can, but I don’t think that’s the reason not to be in the tub. I can’t remember the reason you shouldn’t be in the tub during a storm, but my Wow taught me never to be in one. So I don’t and it has served me well, thankyouverymuch.”

We debated back and forth the characteristics of lightning, until we decided there was only one thing to do: Google it!

Here are some interesting tidbits about lightning, all courtesy of my diligent Google search when I should have been cleaning the house in anticipation of CGMan’s arrival.

I’d like to finish up with the lightning vs. vehicle theory: 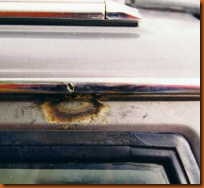 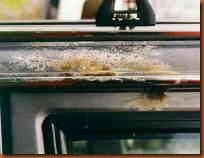 And this just in…

Woman Traveling With Child On I-595

FOR LAUDERDALE, Fla. -- A woman was traveling with her child along I-595 Friday when her car was struck by lightning, according to the Florida Highway Patrol. Michelle Thomas, 23, from Fort Lauderdale was traveling eastbound on the interstate just west of U.S. 1 when the vehicle was struck. The bolt of lightning struck the rear window of the 2003 Chevrolet Impala, which caused it to shatter, officials reported. The force of the lightning bolt deflated the right rear tire and caused the vehicle to become inoperable. Two passengers were in the vehicle, including a 4-year-old child, but no one was injured. Source:http://www.justnews.com/news/20173482/detail.html/

I rest my case.