…on the seventh day they rested.

I have never before had a project done for me. CGMan and I used to do stuff like this ourselves. With each new project, though, it took us a little longer and the bitching whining was a little louder. Okay, most of the whining came from me, but that’s only because this is hard work! and that’s when I would try to pull the “I’m a girl” card. It didn’t always work though, because the project that was being whined about, was usually my idea.

The stars lined up and we were able to have our backyard landscaped. It’s something I’ve been dreaming of since we moved in. We have a lovely yard and I always knew it could be so much better.

I honestly don’t know how God did it, making the whole world in one week. This is only one small backyard with a crew of young men and it took six days. They did an awesome job. Check it out: 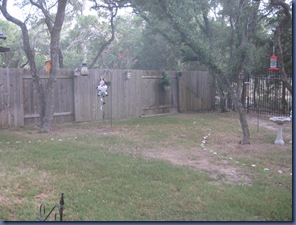 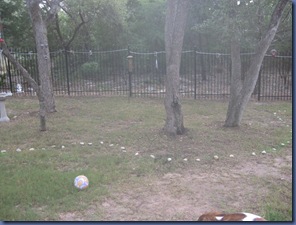 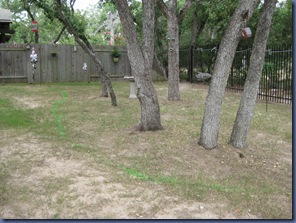 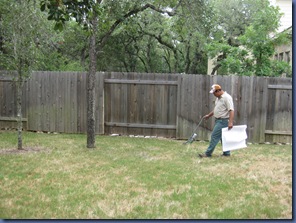 As you can see, the grass is just a suggestion. It’s very shady in our backyard because we have a lot of trees. I don’t know where the Bermuda went, but now it’s mostly just dirt.

Then Saul’s guys took off all the old grass and made way for some xeriscape beds. This is popular here because the plants are draught resistant and low maintenance. I like low maintenance. This is also when the rain gods decided it was the best time for a strong summer storm, turning all of this into a mud hole. 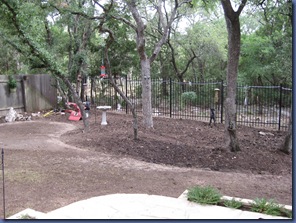 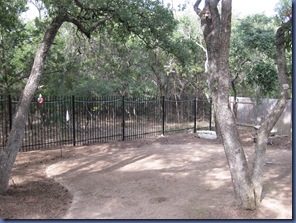 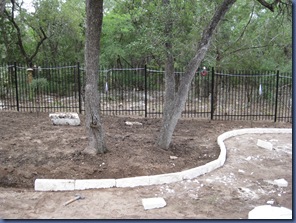 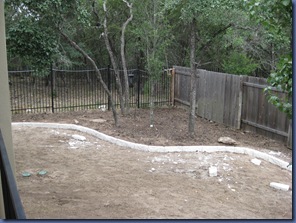 The newly mudded earth was perfect for laying the new grass, so maybe the gods weren’t laughing at me so much as trying to help me out. They must have thrown in the Montezuma’s revenge for grins and giggles.

And on the sixth day, they were done. 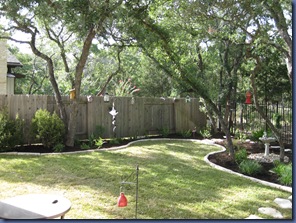 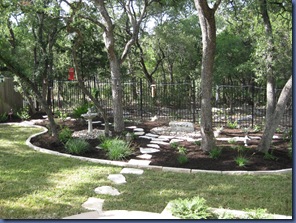 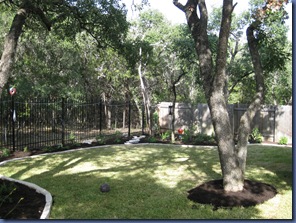 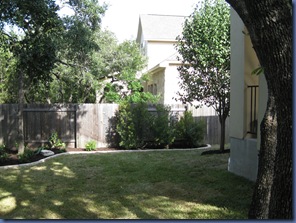 I am truly amazed. I always knew our backyard would be beautiful, but I am still pleasantly surprised at how beautiful. The girls love their new shade happy grass. They have been out several times to run around and roll in it. I’m happy for them.

On the seventh day Saul may have rested, but Dawn had to mop the whole downstairs. *sigh*